-A place to take an elevator
into the abyss

-Find out what happens
when you combine
Claustrophobia with
Acrophobia

-The perfect end to the
Mad Hatter’s tea party﻿

How Far Down The Rabbit Hole Are You Willing To Go?

The ground is sturdy and each step has a ripple affect that you can’t put your finger on. However, the area has a buzzing sensation in the air that is so contagious you can’t help but have the paranoid feeling that you’re not alone…

Scream Works enriches you with not only our Halloween Haunted House but with the Asylum as well. Even some of the residents’ have propped themselves amongst the ranks in the Asylum as their dark nature intended them to. With their obnoxious persona pursuing themselves and others inside the Asylum, they populate every floor becoming the overpowering majority easily.

With their other personalities convincing them the apocalypse is nearing, they are now more aggressive than ever to liberate themselves from the cages and set their brethren free. The knowledge of the Halloween Haunted House has only captured their minds and contorted it to thinking there is a place above the surface for them.

Even in this ill mannered containment of the criminally insane, the plague continues to set in as their medicated state of mind has cast its own profane touch. Scream Works Halloween Haunted House members know that it is known to be a vortex of disemboweled sanity. The members of the bottom level have hostility to them. Causing such actions to mutilate themselves and others for the inherit need of violence. It’s because they hear the buzzing too. At first the sound was comforting to know that they were still alive. Eventually it became the protagonist to an even sicker prognosis of their condition. As the sound burrowed and irritated their minds, it caused massive hemorrhaging and lifted memories of terror that had taken years of narcotics and therapy to repress.

This Asylum will ensnare you in the way that the Halloween Haunted House can never do. It will take you on that joy ride into their home and minds. You will be put into a claustrophobic trip to the unknown floor levels. The elevator seeps in with its emotional down pull of what could happen. Some of last years visitors have subsided and have found their own Asylum of peace. As for the others, they have made it the true nightmare that would be the perfect end to the Mad Hatter’s tea party. 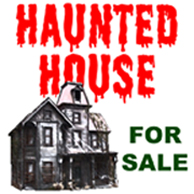